I'll be there for you!

I am bored. Bored to the point that I'm going to put up a F.R.I.E.N.D.S quiz (AND I am bored enough to write F.R.I.E.N.D.S like that.) Ok, two questions per season so that I don't go overboard. :P

Okay, have fun! :D Btw, have a look at this gem I found online: 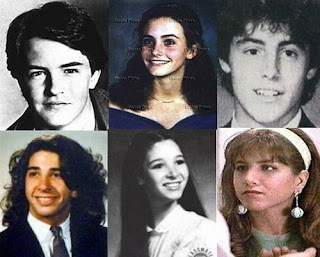 Gosh, they all look so different!!! It's like looking at a picture of you from school and thinking how young we all were! :)
Posted by Carpe Diem! at 6:36 AM